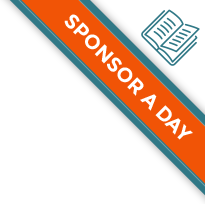 During the past century, Torah study experienced upheaval and revival unseen in previous generations. Never before has the Torah demonstrated its power to break barriers and elevate the masses to the point where ignorance in Torah is virtually non-existent among Shomrei Torah U’mitzvos.

Undoubtedly, this is a by-product of the phenomenal success the American Yeshiva movement experienced during the decades following the destruction of the Holocaust – a time when European Gedolim and their students sought refuge on the foreign soil of the predominantly secular United States.

Who was here to serve as the anchor? In whom did they place their confidence that America would, in fact, serve as fertile ground for a vibrant Torah community to take root?

Yeshiva & Mesivta Torah Vodaath! The very Yeshiva that shattered the resistance in American Jewry so dominant in the early part of the twentieth century sowed the seeds of Torah growth for generations to come.

Yeshiva & Mesivta Torah Vodaath was founded in 1918 as an elementary school by leaders who were driven by one motivator: to provide scholastic and moral Torah-true training for young Jewish men in a swiftly changing world. By 1926, a Mesivta High School was opened in the same name and in 1965, the school which by that time, had an Elementary, High School, and Rabbinical Seminary, with a total student population of well over 1,000 students, moved to the Kensington section of Flatbush.

In the Jewish world of prewar Europe, Litvishe and Chassidishe Derachim of learning and Avodas Hashem were markedly in contrast with one another. In postwar New York, both placed their confidence in Torah Vodaath. The Satmar Rav was known to have attributed the success of his Kehilla in Williamsburg to the existence of his good neighbor, Yeshiva Torah Vodaath. At the same time, Rav Aharon Kotler turned to Torah Vodaath when seeking outstanding talmidim to establish and grow his Yeshiva in Lakewood.

A Ben Torah trained in Torah Vodaath would shine in the area of Torah and Avodah he found most stimulating while simultaneously embracing the nuances of other segments of Avodah. This has enabled Torah Vodaath to provide the Torah world with its finest Roshei Yeshiva and Mechanchim as well as its most prominent Rabbonim and Baalei Batim who continue to drive the proliferation of Torah and Yiddishkeit so prevalent in the Torah world of today.

The vibrant Torah world of today finds its roots in Yeshiva Torah Vodaath. Roots of the Renaissance is a rich chronicle, preserving the historical significance of a New York Yeshiva that nurtured twentieth century Torah advancement and restored Yiddishkeit to its former stature and glory.